March 31, 2012
I wanna love like Johnny and June
Rings of fire burnin’ with you
I wanna walk the line,
Walk the line,
‘Till the end of time
I wanna love,
Love ya that much
Cash it all in,
Give it all up,
And when you’re gone
I wanna go, too
Like Johnny and JuneI wanna hold you baby right or wrong
Build a world around a country song
Pray a sweet prayer,
Follow you there,
Down in history

More than life itself
No-one else
This endless promise
They don’t make love like that anymore
Is that too much to be askin’ for?

And when there gonna be no tears to cry,
Only memories of our lives,
They’ll remember, remember
A love like that.

-Heidi Newfield
A while ago I wrote a blog about expectations and love. Still undecided on the verdict from that debate, I will never outgrow my penchant for a great love story. I have come to the conclusion that the idea of great love came from real life stories. It is real! So hold out for the real thing! In honor of that here are:
20 of my favorite love stories in history, literature, and film
1.Cleopatra and Mark Antony
Two historical characters, later put into literature by Shakespeare, married even thought both of their countries were angry over it. Mark Antony was away fighting a battle for the Romans and received false information that Cleopatra was dead, and “fell on his sword”. When she heard that he killed himself, she too took her own life. Tragic. 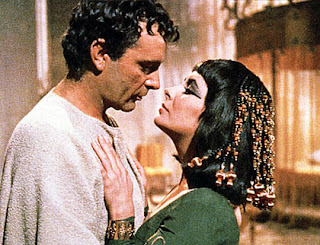 2. Paris and Helen
In Homer’s Iliad (part true and part fiction), Helen was said to be the most beautiful women ever. Paris took her back to Troy after falling madly in love with her. Already married to King Menelaus, a war was started that completely destroyed Troy. She was forced to return to Troy.
(I actually had to read this for a class in college and it is so much better than the movie, Troy, for this part of the story at least. The movie makes Paris look like the biggest wuss.) 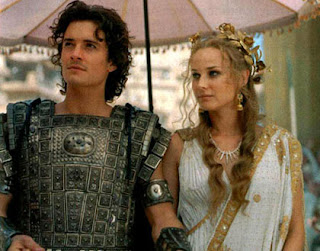 3. Romeo and Juliet
The story of forbidden love and sacrifice. Two teenagers from feuding families fall in love and marry. They end up sacrificing everything and killing themselves, similar to Cleopatra and Mark Antony. In the end their deaths eventually unite their family, although now it is too late. 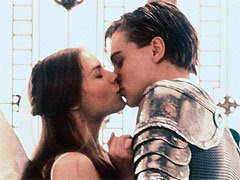 4. Tristan and Isolde
Isolde, the Daughter of the King of Ireland, was betrothed to King Mark. Mark sent his nephew, Tristan, to pick her up. On their journey back Tristan and Isolde fell in love. Isolde had to marry Mark, but her and Tristan continued their affair. Mark finds out and bans Tristan from the country and he leaves and marrys another, but never consummates that marriage. He falls ill and calls for Isolde to come to him. She will send a ship with white sails if she is coming and black if not. She sends a ship with white sails, but his now wife lies to him and tells him they are black. He dies of grief before Isolde reaches him, and she soon dies of a broken heart after. 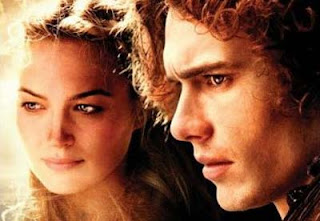 5. Pride and Prejudice – Elizabeth and Mr.Darcy
Elizabeth actually starts out repulsed by Mr. Darcy, who is the catch of the town. However, later she realizes that she can love no one, but Mr. Darcy. 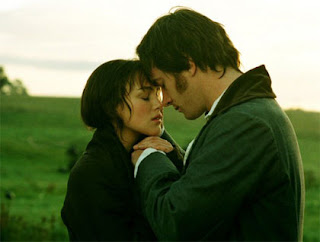 6. Wuthering Heights – Heathcliff and Catherine
Childhood playmates who turn into soul mates, but are separated by class and cruelty. They believe that they are meant to be together forever. Catherine dies in childbirth and Heathcliff turns mad. He asks for her spirit to remain on earth and haunt him. 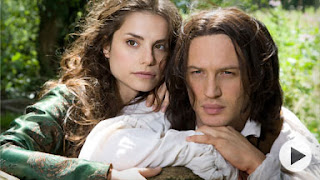 7. An Affair to Remember
Nick, a playboy, and Terry, a singer, have a romance while on a cruise from Europe to New York. They are both on their way to meet significant others, but agree to meet in six months on top of the Empire State Building to decide if they are really supposed to be together. An accident prevents Terry from being there and Nick fears that she has already married to decided she does not love him. 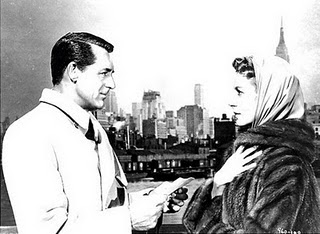 8. Casablanca
During World War II, Rick owns a gambling club in Casablanca. One day, a now married, Ilsa, who ran out on him two years earlier in Paris, shows up again forcing him to face his heartache all over again. “We’ll always have Paris”. 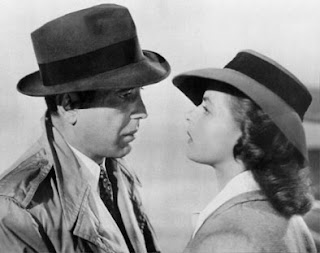 9. Gone with the Wind – Rhett and Scarlett
What a love and hate relationship. They never quite seem to have their timing right. Scarlett has many suitors, but in the midst of the Civil War, things start to go down hill. She finally settles down with Rhett, who has pursued her for some time, but her unpredictable and frivolous drives him away. “Scarlett, my dear, I don’t give a damn.” 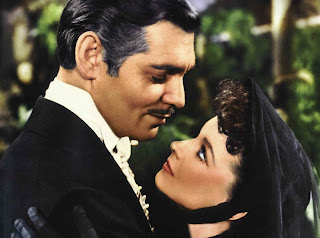 10. Breakfast at Tiffany’s
An unlikely friendship between a writer and a disorganized beauty turns into love. Paul realizes he loves Holly and proposes to her, but she is determined to marry rich and become a millionaire. When the millionaire she has her eyes set on abandons her she becomes angry and tries to run away to Brazil. Paul lectures her and goes out in the rain to find her lost Cat. Holly realizes her mistake and goes running through the rain in NYC to find Paul and her Cat. 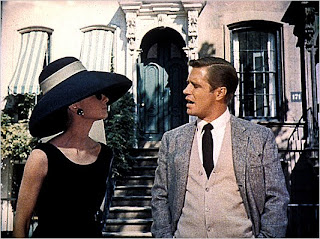 11. Johnny Cash and June Care
June’s love basically saved Johnny from his addiction and self-destruction. They toured together for years and she quit because of his behavior. Years later she came back and helped him overcome all of his vices. He proposed to her on stage in front of all of their fans. 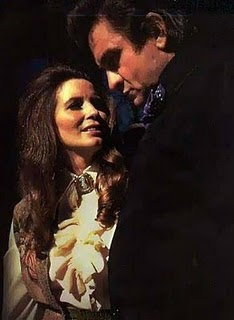 12. Phantom of the Opera – Christine and the Phantom
I think this is the most tragic story ever. I think it’s just because it has always been one of my favorites. The Phantom terrorizes the Opera House, but is able to get his protege (who he also happens to be in love with) a lead role. She falls in love wtih the new owner of the Opera house, who she knew as a child, and they get engaged. The Phantom is hurt and outraged. He kidnaps Christine and everyone comes after him to kill him. Christine is forced to choose between her voice teacher who she is fond of and her fiance. The Phantom realizes he has to let her go. 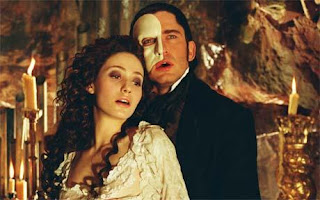 13. Sleepless in Seattle
Sam’s wife dies and he wants nothing to do with other women. His son calls into a radio show because he is worried about him. Annie hears the show and goes to Seattle to makes sure that he is not the one, even though she is engaged. She goes back home deciding he is not the one. But Sam’s son, responds to a letter (from Annie, that her friend sent in for her) about meeting on top of the Empire State Builing (like in an Affair to Remember). His son goes to meet her and of course Sam follows… 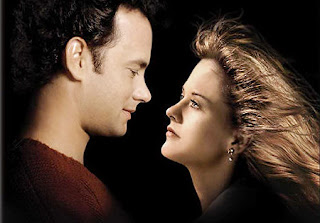 14. When Harry Met Sally
Harry and Sally share a car ride and discuss the idea of woman and men being able to be friends without anything sexual going on. They decide they cannot be friends and leave each other to their lives. Five years later they share a flight and have the same discussion and part ways again. Somehow five years later they run into each other again and do become friends. They continue this relationship until one night something happens. They get in a fight and grow apart. However, much later somehow they end up together again and later get married. 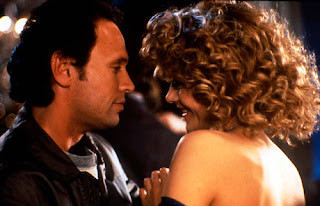 15. Pretty Woman
A rich, ruthless business man falls in love with a prostitute…doesn’t sound very romantic does it? However she is able to start her life over and he turns into a better person. I love this movie. 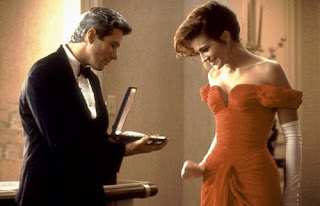 16. Beauty and the Beast
Belle is tired of living in a small town. The beast is a prince who is under a spell, because he could not love. Due to certain circumstances, Belle becomes the Beasts prisoner, but they end up falling in love. She sees that he can be sweet and loving and is able to break the spell when he realizes he loves her back. 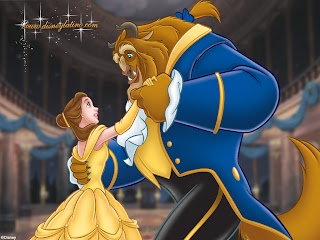 17. Titanic – Rose and Jack
Jack and Rose meet on the Titanic just a few days before, as we all know, it crashes and sinks. In those few short days they swear their undying love for each other until the very end when they are in the freezing water. Rose takes Jack’s last name after he is dead and lives her life remembering him. 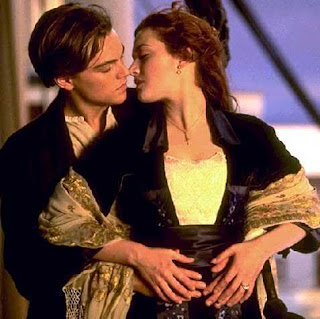 18. Moulin Rouge
Christian, a poet, falls for Satine, a performer in Paris. As their love story progresses, we learn that Satine is dying. Christian writes her story after her death. 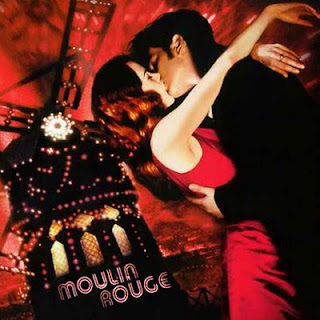 19. The Notebook
Allie and Noah meet one summer and fall in love. Allie’s parents disapprove and move her away. After not hearing from Noah for years, Allie gets engaged. One day she sees a newspaper clipping that Noah is still alive and goes to see him. They rekindle all of their feelings and she finds out that he wrote her a letter every day, but her mother withheld them from her. She is forced to choose between Noah and her fiance. In the end, we find out the they end up together and Noah takes care of Allie through her failing health. 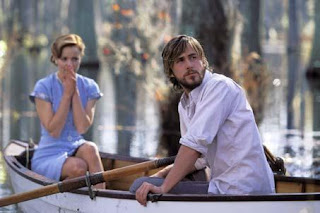 20. Tim and Faith
This is a real life love story. I absolutely love these two. They have 3 daughters and so many songs together. Only one will go on tour at a time so they can all be together. He even wears her name on his belt buckle during his performances and talks about her every time. So help me if they ever break up…after Brad and Jenn and Heidi and Seal…I’ll just give up all hope. 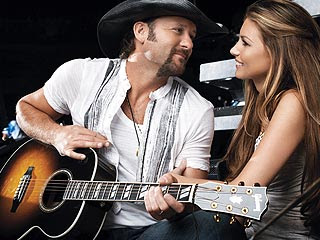