Is Everyone Hanging Out Without Me?

December 25, 2011
YOU HAVE TO READ THIS BOOK!
I swear I think I was laughing harder at this book than in Chelsea Handler’s books. (I still love those though)
She is hilarious. I had no idea. She writes stories, funny lists, some advice, and thoughts. I loved it. Definitely a must read. I’ll probably even post a few things from it in the near future because I was cracking up. 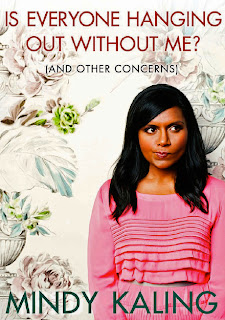 Excerpt from the intro:
“However, you should know that I disagree with a lot of traditional advice. For instance, they say the best revenge is living well. I say it’s acid in the face – who will love them now? Another old saying is that revenge is a dish best served cold. But if feels best served piping hot, straight out of the over of outrage. My opinion? Take care of revenge right away. Push, shove, scratch that person while they’re still within arms reach. Don’t let them get away! Who knows when you’ll get this opportunity again?”
Previous Post Next Post