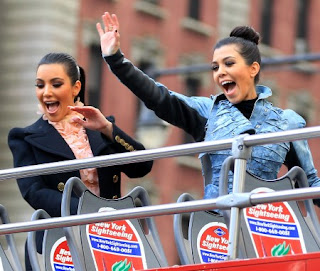 I’m not gonna lie…I’m kind of sad that Kourtney and Kim Take New York is over.
It’s my weekly humor. They seriously just crack me up.
The season finale was kind of lame though.
1. It left us hanging with Kim…is she dating that guy? Is she not? And it’s not like she’s getting a show about staying in New York so it just leaves you wondering what’s gonna happen with her.
2. Ummm I felt so bad for Scott. He’s been so much nicer this season and trying so hard and then Kourtney goes and screws up his whole surprise proposal. Really? You date someone for that long and have a kid and go through everything they have gone through and you don’t want to get married? It’s like he said…he wonders if she views it as a temporary thing. I would too. If I put that much into a relationship and she tells him there’s nothing to expect in the end…? Why would there be any point in staying in the relationship still. He said he’d always planned on getting married and etc. It was just sad because he was sooo excited and it was so cute.
3. Overall it wasn’t as funny as all of their other episodes…so that was a letdown because that’s why I watch it.

Also, I really just don’t think I’m going to want to watch Khloe and Lamar…she is sort of annoying. She’s funny when she’s with Kourtney, but she’s whiney with Lamar. I’ll stick with the other Kardashian shows for my airhead humor. 🙂 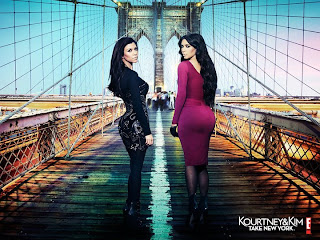