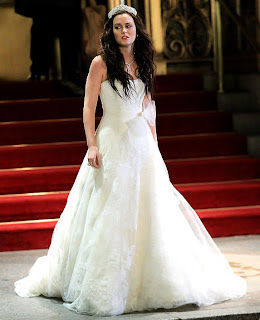 Normally I would be watching Gossip Girl right about now, but since it’s on it’s winter break I can’t :(.
Apparently, these are pictures from the film sets and the 100th episode. So… I’m confused because she doesn’t look pregnant, what’s going to happen with Chuck, and why is she running away?
They’re saying maybe it’s a dream sequence, but then maybe she does decide to marry the prince, but then does run….hmmm I don’t know! I do know that I don’t want to keep waiting to find out.
Her dress is Vera Wang and it is gorgeous…it’s Blair, of course it would be. 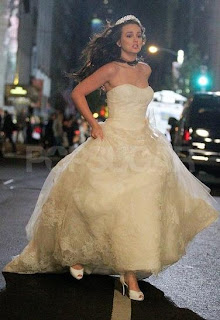