December 28, 2011
The past two days have been full of soccer, soccer, and soccer…and then some food.
Taylor’s high school team has had a big tournament and so far they have had four games over the past two days. It’s been really fun to see him play though. He is a Junior at REV and is a captain this year. He is also leading the team in goals right now too.
I may or may not have gotten a little angry and yelled at the refs a couple times. My mom threatened to not let me come back and watch anymore. Also, some of these teams need to get their hair in control. It was like mullet central for some of the teams Taylor played. That may have come out of my mouth a little bit loud (on purpose) as well. Hey, they need to know.
Here is a shot I took of him heading towards the goal. (not a good one because it’s from my iphone)
For future reference, he is #18…if you can’t already tell 🙂 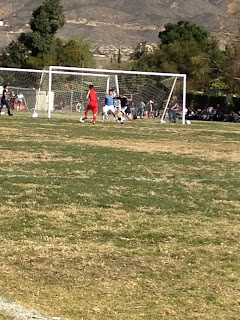 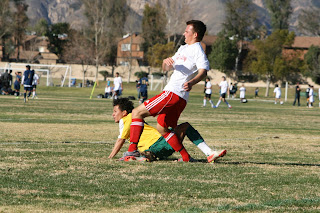 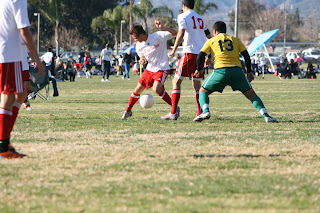 Some family photos from the game.
Don’t worry that it was so hot I was literally sweating to death. I guess I can’t complain, because I will take the sun over freezing and snow ANY DAY! Last year at this tournament it was kind of chilly so I wore a sweater! It is december… 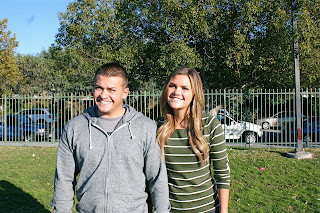 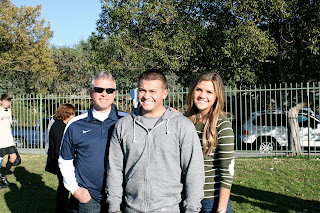 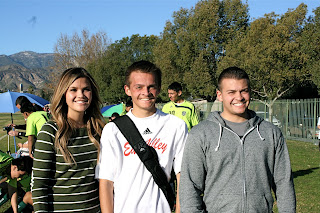 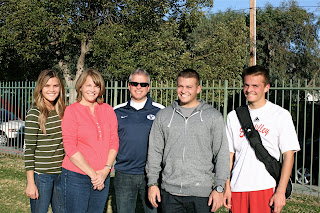 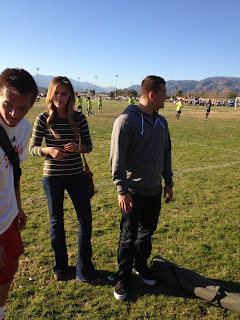 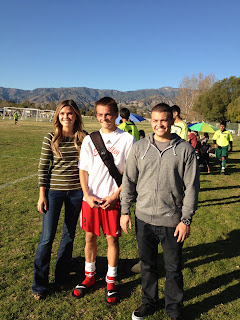 Later that night we got Rubios…my favorite! Adam for some reason decided to take his shirt off and swing it around his head and then do a “jig” (that’s what I’m calling it)…so I’m posting it as blackmail because he has been being mean to me ha. 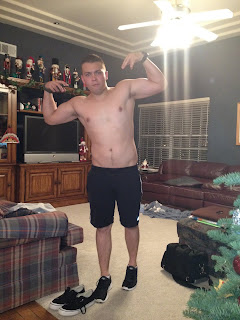 Also we came home and apparently my dad decided to park his car on the lawn…ummm “WT”…wow. A mercedes parked on the front lawn…oxymoron? So yes I am posting this as well. He said that his parking spot was taken, because all of our driveway and garage spots are taken by our other cars, so usually he has to park it at the end of our driveway and someone was blocking it…so really? I guess the lawn was all we had…this is me shaking me head. I think my mom was also dying. 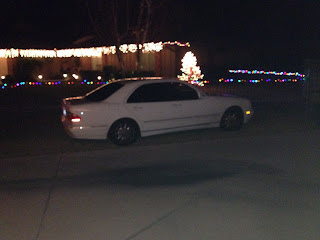 I’m going to miss this little girl. She’s been following me around the house for the last 5 days. I need one for myself! 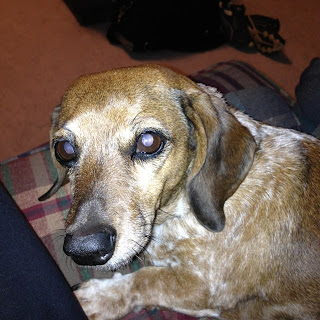 Here are today’s soccer pictures. O, by the way, they won their bracket yesterday…so they advanced to the quater-finals…this morning.
This is Taylor and I on the way in the car. As Taylor likes to say, “That’s what’s up.” 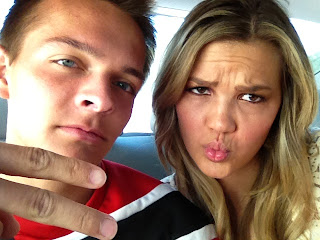 Here are a bunch more pictures I took of Taylor today. 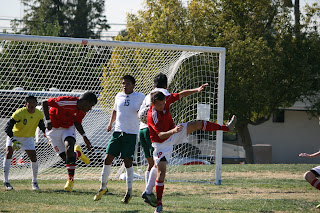 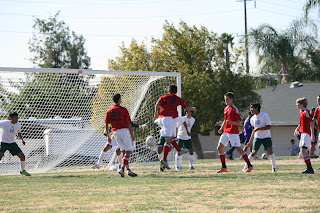 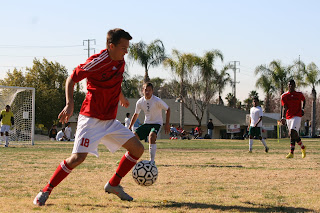 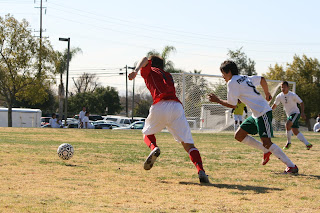 This photo would be the goal that Taylor scored going into the net (you can’t really see the ball, just the net billowing back), but you can definitely see the goalie missing it :) 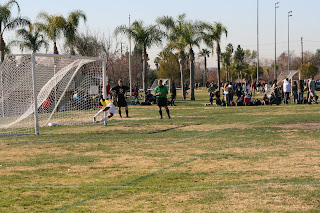 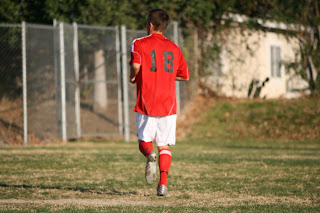 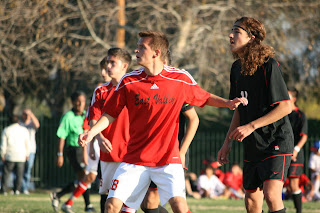 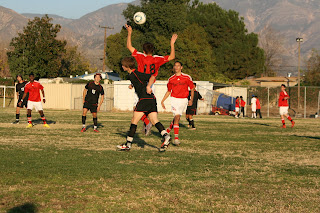 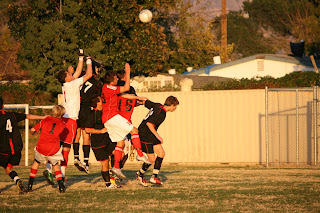 They won both the quaters and the semis today and they’re going to the Championship game tomorrow! But sadly I have to fly out before the game 🙁
GO REV!
(this is hard for me to say because I went to his rival high school, but alas I will cheer for my brother and his team)
We had crab legs and dip and etc tonight for dinner. Usually we do this on New Years Eve or Christmas Eve, but Adam had to work on Christmas Eve and I won’t be in town on New Years Eve. It’s seriously my favorite dinner ever! I wish that I had a picture to capture the amazingness. YUM!
Blah! I don’t want to go home tomorrow! I’m so sad! It’s been a whole year since the last time I was here and I’m not ready to go back to the cold, and work, and my real life 🙁
California you’ve been good to me. I will miss you. 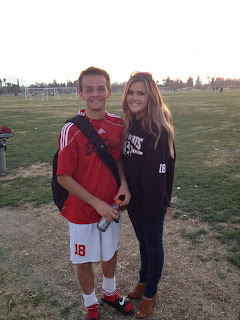