December 15, 2011
This will probably go down as the best Company Christmas Party ever. Amazing food, fun people, fabulous wardrobe, limo rides, and a perfect party!
We first met in the lobby of the Palazzo for pictures with the photographer. (which I cannot wait to see! For a sneak peak, take a look here. I will for sure post those when we get our cds later this week!)
I love everyone’s glitter!
April, me, and Elizabeth 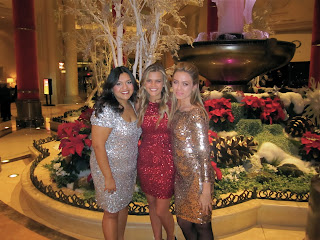 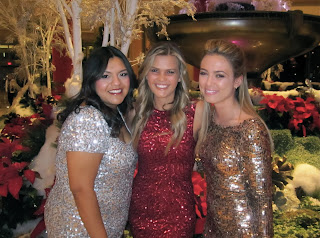 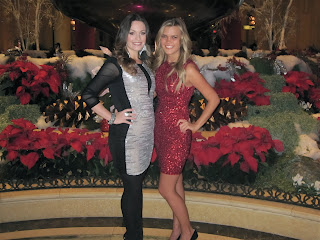 Jake and I walking up to dinner. 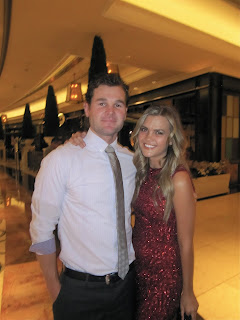 Our first stop was Sushi Samba! I went there in New York for my birthday dinner and it was amazing, but I have to say that way my boss and his wife do it is a little different…so amazing. We probably tried about 20 different things. We had appetizers, which ranged from mini fish tacos, to shishito peppers and edamame, to some sort of popstickers…then moved to a bunch of different kinds of sashimi sushi…then to raw meat the you cook on this burning hot rock and it grills it at your table (see picture below)…then we had lobster, sea bass, and filet minon…then a bunch of different kind of sushi rolls…then dessert. Needless to say it was the best sushi I have ever had!
Me, April, Shawna 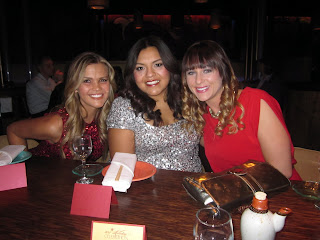 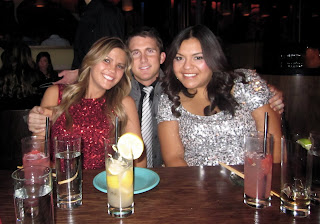 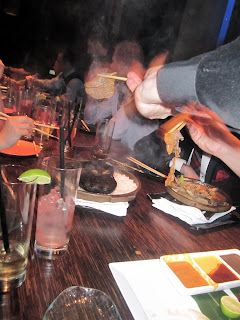 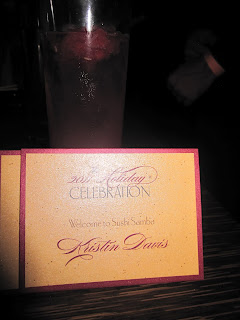 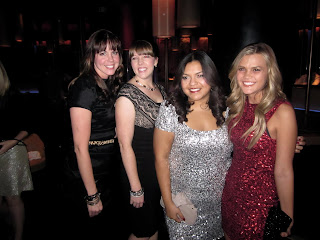 Next stop…we hopped in two big limos and rode over to Mastro’s Ocean Club for our Awards Ceremony and more food! Again, I thought I was going to die…so good! The dessert had no words. I’m pretty sure I actually heard people moaning while eating it. My pictures are not very good because my camera was being weird, but I’m sure the photographer will have some I can post later. They still won’t do it justice.
Not to toot my own horn, but I won Best Dressed for the fun awards :)…and then for the serious ones I won Processor of the Year. That meant a lot considering that it was voted on by the whole office over the course of the year and I’ve been working really hard this year! It made me feel appreciated and like my extra hours and effort has not gone unnoticed. 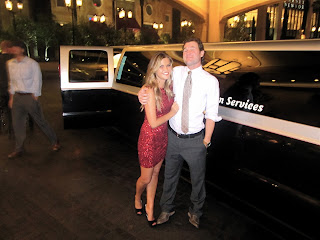 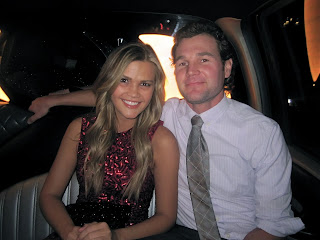 I believe they call this the atomic shrimp…it’s the biggest shrimp I’ve ever seen. 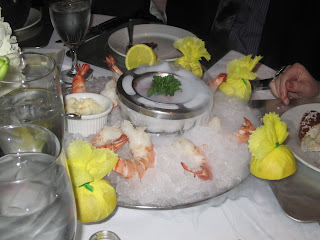 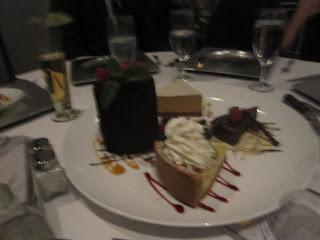 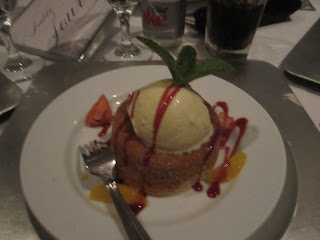 Third destination – Dancing at Tryst. This was actually really fun because usually you don’t get to hang out with people from your office when you can all just let loose and be “crazy”. A group of us went over and danced until after 3 and headed home…I usually like to live in heels, but I will say my feet were a little sore after this weekend 🙂
Brandee, me, Myleka 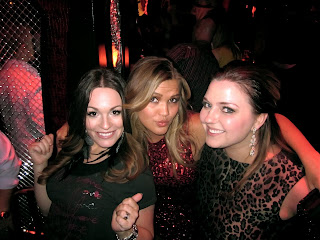 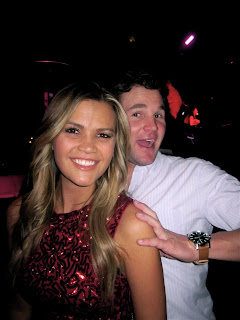 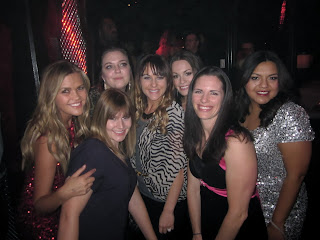 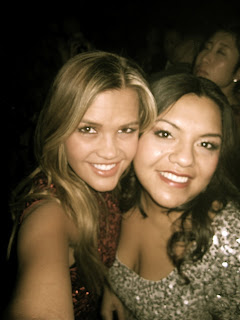 Outside by the waterfall – I’m not sure what in the world I’m doing, but everyone else looks good 🙂 I think my hair had had it by then…I must have been getting my willow on and “whipping it back and forth”. What can I say? How often are you in Vegas at 3am? 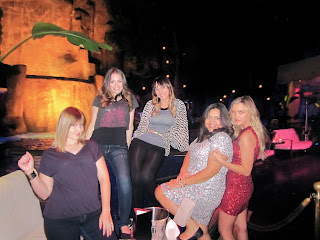